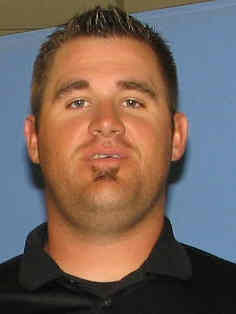 Coach Pooschke has been a football and golf coach since 2009 at Macarthur High School. He is currently the Offensive Coordniator for the football team and the Head Girls Golf Coach. Coach Pooschke is a 2004 MAC graduate where he was an All-State football player and a member of the basketball and baseball team. He graduated from Kansas State University where he was a 2 year starter on the Wildcats football team while earning a Bachelors Degree in Social Science. Coach Pooschke has earned numerous awards as a player and a coach. In 2003 he was the All-Area player of the year and  in 2004 he was an All-State selection at middle linebacker. He won the 2016 area golf coach of the year and was selected to coach the Southwest Senior Bowl in 2011. Coach Pooschke and his wife, Heather, have two girls.